Abstract: This paper utilizes the data from the Mars atmosphere database and establishes a three-dimensional analytical atmospheric density model of Mars with the altitude,longitude and latitude as its input..The layered exponential model is adopted vertically.At horizontal direction,the reference density and reference altitude are assumed to be polynomial functions of longitude and latitude.The coefficients of the polynomial are obtained bysurface fitting which is based on the method of least squares.Compared with the traditional exponential density model,the3-D model proposed in this paper expresses the variation of density with not only altitude but also long itude and latitude.Compared with the Mars atmosphere data,the 3-D model has an analytical formulation and requires less calculation time.As long as the polynomial coefficients are stored in simulation,the real-time calculation and calling of the atmospheric density can be achieved,which applies to the ground real-time simulation. 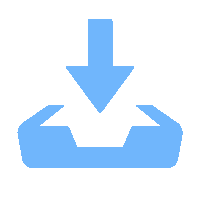